Plant of the Month for September 2012 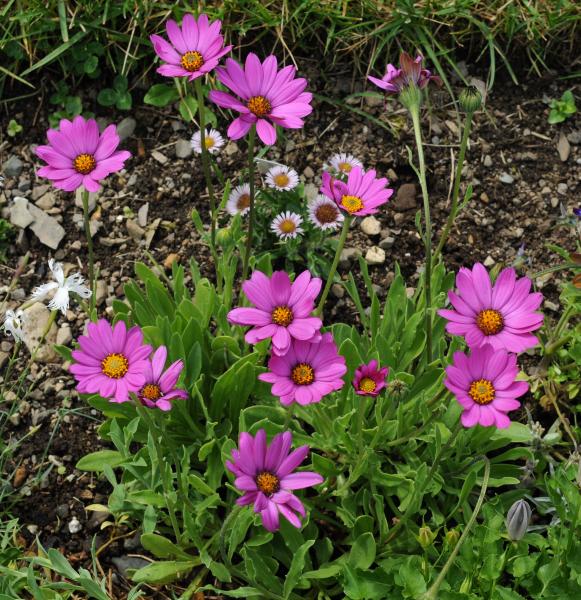 This is among the hardiest Osteospermum species, known to survive in Calgary, Alberta (zone 3). It is native to the Drakensberg Mountains of South Africa and Lesotho, where is grows among moist rocky grasslands and cliff-sides at 2000-3200 m.

This compact version forms a low mound of leaves with many 15-25 cm stems which are topped with single pink daisies.

This African daisy requires a well-drained soil that remains reasonably moist in summer but does not stay too wet in winter. Established plants can tolerate some drought. With proper winter drainage and some mulch or reliable snow-cover, plants can survive as cold as zone 3. Provide full sun in the north but they will tolerate part-shade in the south. They do not appear to be fussy about soil pH. Prompt dead-heading will often result in reblooming.

Late spring in the south but mostly June-July in northern regions of the northern hemisphere.

Direct sown seed should germinate in a few weeks.

Larger plants may be dug and divided in spring just as new growth commences.

Non-flowering stems may be taken as cuttings and generally root quite quickly.