Plant of the Month for September 2018 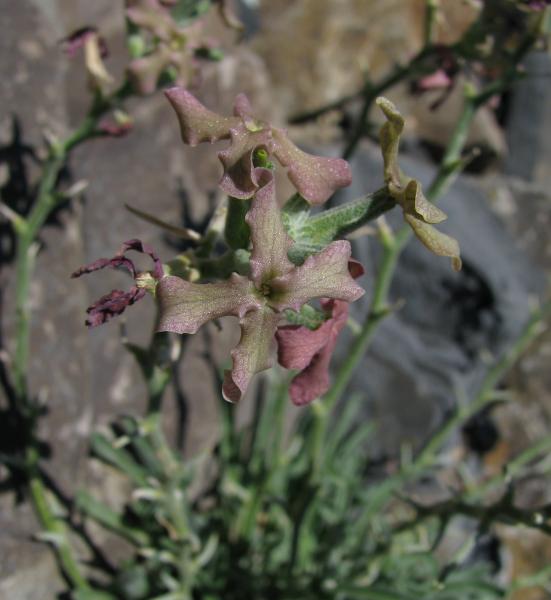 Matthiola trojana was described as recently as 2005.  It is a narrow endemic, confined to the Kazdag of West Anotolia, Turkey.  Here is grows at an elevation of 1550-1600 m, on slopes among open rocky Pinus nigra forest..  Neighboring plants include Draba brunifolia, Dianthus erinaceus, Iberis saxatilis and Sedum album.  The population is estimated at only 100-150 plants so it is an IUCN red-listed plant.

From a thickened taprooted rootstock, plants produce a rosette of narrow, deeply toothed leaves which are greyish and densely hairy. Flower stems are up to 9 cm long, unbranched and glandular.  Up to 10 four-petalled flowers are produced in June and July.  The flowers are an unusual colour - light pinkish to purplish brown.

This species requires full sun, excellent drainage and preferably lime-based soil.  Tufa is an ideal substrate.  It is hardy to at least zone 4.

Sow seeds at 20 C.  Germination is quite rapid.