Plant of the Month for November 2010 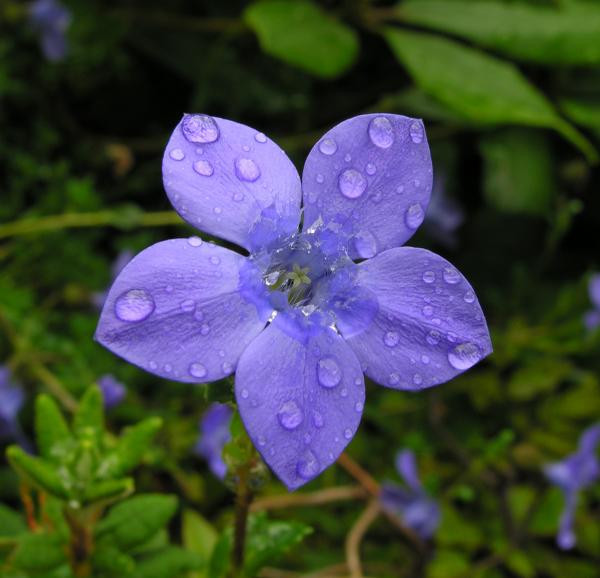 Cyananthus lobatus is a member of the Campanulaceae or Bellflower family. It is native to the Himalayas of Punjab to Bhutan, southern Tibet, Assam and western China where it grows among moist alpine meadows at an elevation of 3300-4700 m.

Plants form numerous trailing stems up to 30 cm in length. Solitary blue or rarely white, 4 cm diameter flowers are produced from late summer through early fall. Each flower has 5 lobes with a fringe of hairs surrounding the opening to the corolla tube.

This species is a valuable addition to the rock garden as it blooms late into the season at a time when most alpine flowers are rather scanty.

Cyananthus lobatus is hardy from zones 5-9. The soil should be humus-rich, moist but well-drained and preferably on the acidic side.

ORGS suggests sowing at 20 C with germination taking up to 3 months. Other sources suggest sowing seeds as soon as they are ripe and leaving them outside for the winter.

As plants arise from a fleshy taproot, division is not recommended.

Softwood cuttings may be taken in late spring or early summer.