Here are the varieties I am able to grow.

Wow!  I might even make an exception to my "no growing plants with thorns" rule with the first one (all are nice), 1 Echinocereus viridiflorus var. viridiflorus, with those cherry red spines, like a little Christmas ball. :D

Mark
It would be your best bet for success. They are charming and never get very large. With time they will form multi-headed clusters.
I am partial to Echinocereus viridiflorus var. cylindricus. The flowers in the picture do not do it justice. They are what I would term Rootbeer colored.

Here is a close up of var. cylindricus.

Intriguing flower color indeed, "root beer barrels" of thorniness.  I see from your first photo of this one, there are some red spines too, but the large white spines look ARMED AND DANGEROUS  :D

I somehow missed this one!
I remember growing some Echinocereus in my boyhood but they never had flowers with such subtle colors! Very charming and elegant.

Echinocereus viridiflorus growing here since 4 years unprotected outdoors and flowering for the third year in a row.

You got a happy little plant there! ;)
Mine are just budding up right now . I should have flowers in a day or two.

Well, I have to try to get some more cacti to try in my climate, that's for sure!

Well it's spring around here now and I have a couple of E. viridiflorus varieties coming into bloom. They are not at their peak yet but I can't resist posting a few shots.
Echinocereus viridiflorus ssp. viridiflorus 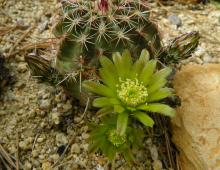 The ssp.. cylindricus is a large speciman at ten inches(26cm) tall with three heads whereas the ssp. viridiflorus is only two inches(5cm) tall. Quite a differance in size.

I bought this E viridiflorus and thought nothing about it until this thread and then I thought about the common name "green flowerd cactus". 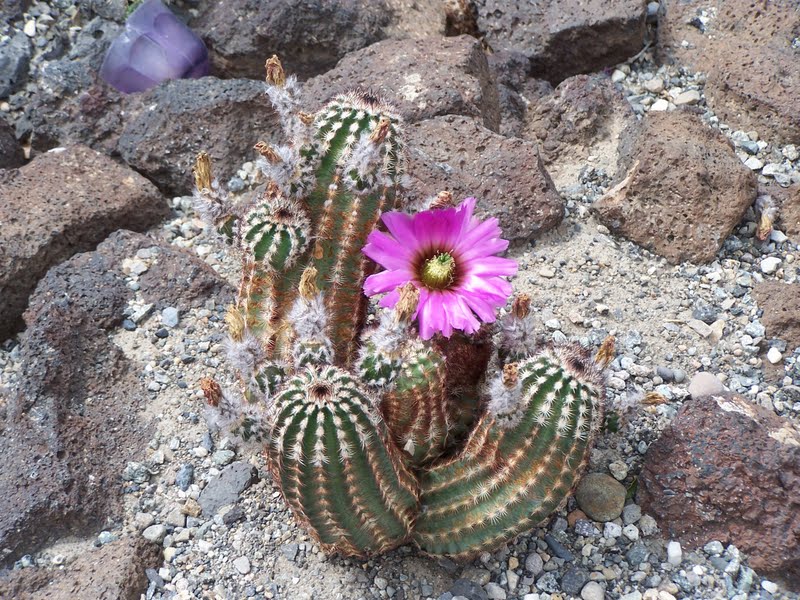 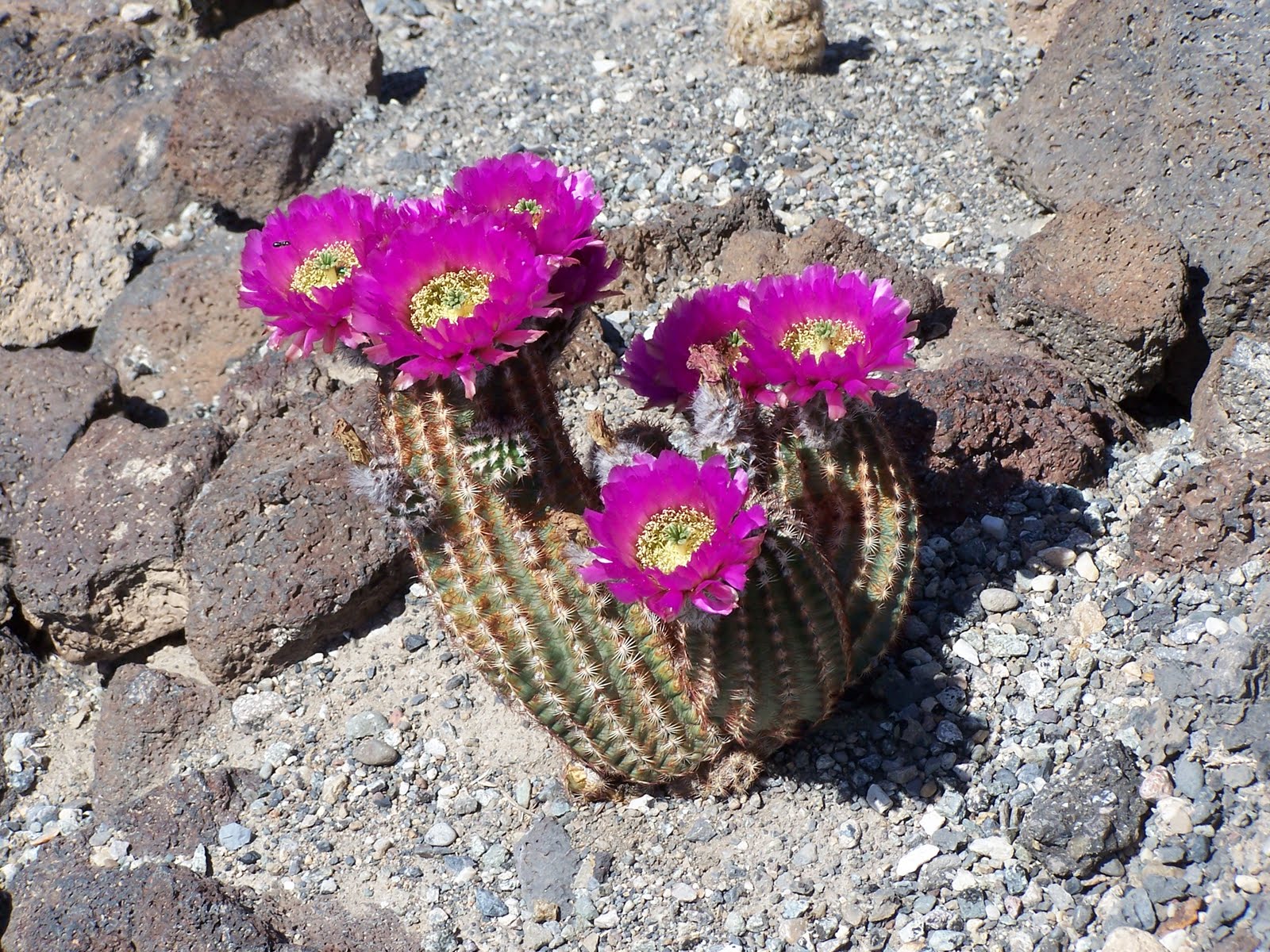 The two photos in your posting look like varieties of Echinocereus reichenbachii  to me. 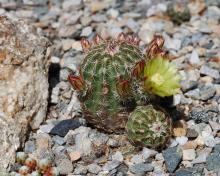 Why do all those buds ( :o) make me think of Christmas lights?  Even the open flower makes me reminisce of similar old reflectors we use on the tree as a kid.

Are those self seeded little balls at the base of the plant?

Are those self seeded little balls at the base of the plant?

They are! Surprised me when I first noticed them earlier this year. The plant has never made a fruit, the old buds always just dried up. I never sprinkled any there so it must have made a few

They are! Surprised me when I first noticed them earlier this year. The plant has never made a fruit, the old buds always just dried up. I never sprinkled any there so it must have made a few

Sneaky little devils! ;)
I wonder if the seed was in the soil when you planted the large plant. They could be siblings rater than progeny.

This plant came completely bare root but it is possible a seed or two were in the roots? Seems more likely ,based on where they are, the plant managed to make a few seeds without a true fruit.

Either way I feel like a proud poppa! My own seedlings are definitely a different clone so I may get some real seed pods this year.

Here are a few shots of  Echinocereus viridiflorus ssp. cylindricus blooming this spring. I never know what to call the flower color on these. Brown? Bronze? Brassy? I finally settled on Root Beer Colored! :)

Certainly is a strange color. I will have to try some of the other viridiflorus varieties someday. Too busy growing an army of the base form.

My own seedlings are starting to bloom at 3 years

I am very impressed.

So this is not a fluke that something so small is already blooming?

So this is not a fluke that something so small is already blooming?

3 of 9 all similar in size put out a single bloom so I guess not a fluke. They were planted in the garden last spring so they have gone one winter unprotected. Here's another (I promise it is a different one  8) )

It may be differant but you can still see the family resemblance. ;D

It's quite a wonderment to me.

Rick
A grower in Reno has had a few Escobaria vivpara do the same thing! Bloom on three year old seedlings. They may be nickle sized plants. He had them growing in an unheated green house. It surprised me too at the time!!