Flora of the Mediterranean: An Illustrated Guide by Christopher Gardner and Başak Gardner 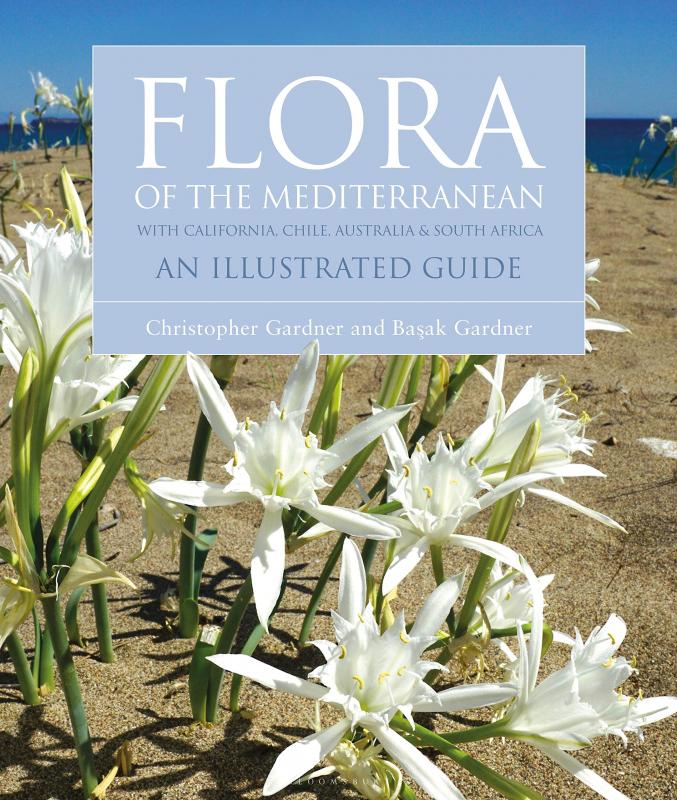 Book of the Month:  “Flora of the Mediterranean: An Illustrated Guide” by Christopher Gardner and Başak Gardner

One of the impacts of the COVID pandemic during 2020 and 2021 has been the temporary suspension of the NARGS Traveling Speakers programs. Among those impacted by the tour delays were Christopher and Başal Gardner, authors, botanists, and tour leaders, who live in Turkey. They are the authors of an earlier, popular book “Flora of the Silk Road” (2014) about that enchanted area and its spectacular flora. Now, the Gardners give us a new weighty tome on the Mediterranean-type flora that inhabit five regions of the world:  the Mediterranean basin, the western cape of South Africa, southern Australia, the west-central coast of Chile, and the California west coast.

Panayoti Kelaidis (Denver Botanic Gardens) provides a fine Foreword to the Gardners' book and points out that the Mediterranean climate’s rich and diverse plant species have provided food crops, herbs, and medicines to humans over many millennia. He sets the stage for a vast tour the Gardners embark on in their book.

They have included hundreds of superb photographs of the flora that inhabit the five Mediterranean-type climate regions. The largest of the five by far is the Mediterranean Sea basin itself, stretching from Spain, Portugal, and North Africa in the west to Turkey in the east, comprising some 60% of the world’s total. The basin is odd in that, unlike the other four, it has an east-west orientation. Australia occupies about 22% of the Mediterranean-type biome, California 10%, Chile 5%, and the western cape of South Africa only 3%. There are many shared plants in some of these five biomes, from trees (Pinus, Quercus, and Cercis) to numerous garden plants such as iris, lily, clematis, and fritillary. Others include the Fabaceae group of plants, such as Astragalus and Lathyrus, which are found in the Mediterranean, Chile, and California. And Viola, Anemone, Senecio, Eryngium, and Polygala are found in four of the five biomes, according to the Gardners. Not overlooked are the numerous bulbs and annuals that originated in these biomes and have since been cultivated in gardens around the world.

The book is organized by biome with finely detailed, almost encyclopedic descriptions of each plant. There are close-up photos of plants as well as habitat views. But I would have appreciated more of the latter to get a feel of where the plants grow, particularly for the Australia biome, the one area I am least familiar. The Gardners tell us that the Mediterranean-type climate has evolved fairly recently in terms of the earth’s age—perhaps as recently as three million years ago followed by a succession of inter-glacial periods and a progression of warmer climates. The importance of fire, the impact by humans, and invasive species are described as both maintaining and impacting the Mediterranean biomes. Let’s hope future negative impacts that are encroaching on these biomes are minimized; until then the Gardners’ book will serve as a record of what might be lost.

[Bobby Ward is the executive secretary of NARGS, a past president of NARGS, and the author of several books including “A Contemplation Upon Plants: Garden Plants in Myth and Literature” and “Chlorophyll in His Veins: J. C. Raulston, Horticultural Ambassador.”]