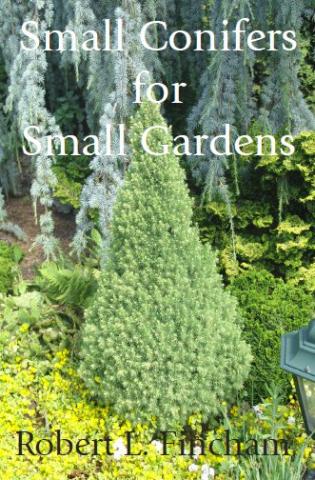 I know very few rock gardens that do not boast at least a few dwarf conifers. Truth be said, dwarf conifers can be the bane or the glory of a rock garden. The glory part is easy: They provide bold structure year around, and especially in winter they add much needed presence and color to the rock garden. But even in summer, the dark greens, blues and silvers of various dwarf conifers can provide a wonderful foil and backdrop (and some protection) to the flashy alpines around them.

Now for the “bane” part: Dwarf conifers may turn out to be anything but dwarf. As one wise conifer lover once pointed out, a redwood that tops out at 100' is technically a “dwarf” since these typically could theoretically get four times as big. Another old saw of dwarf conifer gardening is that the only thing “dwarf” about them is the top part: Their roots seem to delve and spread as much as typical sized conifers. If you do incorporate lots of dwarf conifers in your garden, just realize that you will eventually have lots of roots to contend with, and probably will have to water a lot more over time. 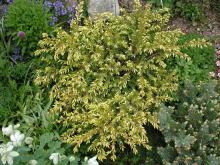 Of course, the issues with dwarf conifers are really the same as if you used lots of any kind of woody plant. Rhododendrons, daphnes, dwarf willows, really any shrub, whether evergreen or deciduous, will present similar problems over time. But somehow the size issue doesn’t seem to loom so massively with other woody plants; you generally know what size you can expect your rhody—or rose for that matter—to attain.

Robert Fincham is often regarded as the ultimate authority on dwarf conifers in America, and surely one of very few in the world who has grown thousands of taxa and kept them straight! His private collection constitutes one of the ultimate reference collections of dwarf conifers. This book represents an enormous amount of intense and careful study over decades.

I hesitated to review a reference book, thinking it would be difficult to read. That might be true of some encyclopaedias, but Bob’s decades of teaching and passion for the subject shines from the first line. This is an extremely readable and compelling book. It is written in a way that makes it completely accessible to a beginner, but there is plenty of rich matter for the most advanced of conifer enthusiasts.

There are a few cautions for anyone who purchases this book. If you have the slightest interest in dwarf conifers, you will probably find yourself making a list of the species you would like to obtain. I found myself essentially marking every page. He is very blunt about some: “...it is a beautiful plant when properly grown, but at the same time it can be difficult to keep it looking attractive...” (p. 71). Of course the picture is very attractive—surely I could do as well? 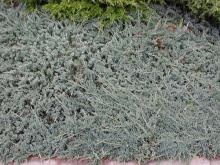 I have myself only grown about a dozen of the conifers listed in this book, and comparing my experience with Bob’s seemed to confirm my faith in his authority. Although he often will give the growth rate of some of the plants contained herein (“1 inch a year” or “3 inches a year”—and a few are “6 inches a year”—which I would think would perhaps put them in a category of “somewhat larger” conifers) and occasionally tells you the size of an older specimen, it would have been useful if he could have provided a standard block with each taxon indicating its general size after five or ten years at least. I realize that ultimate size is extremely unpredictable and dependent on many factors, but some greater breakdown would have suited me better.

Although I certainly enjoy the accounts of firs, cypress, false cypress, pines and spruce, surely junipers merit as much inclusion as Cryptomeria!Juniperus communis var. compressa and especially J. c. ‘Echiniformis’ are among the most essential miniature conifers in my garden. Let’s not even talk about the myriad forms of J. horizontalis or the gnarly Western desert species!

I was chagrined that no forms of Pinus aristata or P. edulis made the cut; the miniature forms of these are really to die for, and both are pretty widely available of late. I believe that I might have even found one mistake: On page 228 Bob reflects that Pinus strobiformis ‘Loma Linda’ “is actually P. reflexa.” I believe he means that this taxon is actually P. flexilis—P. reflexa is a synonym of P. strobiformis, so his statement would be a tautology.

But these are minor quibbles. Really to have anything on this scale from Bob Fincham is a gift from the Heavens! Any rock gardener who has puzzled over which dwarf conifers to include will do well to buy this book and savor the wealth of stories and definitive information it contains.

Panayoti Kelaidis has served as President of NARGS Rocky Mountain Chapter and twice on the NARGS Board of Directors. He maintains extensive rock gardens at his Denver home and has collected seed for alpines on five continents.