Berkutenko, Dr. Alexandra N.  Atlas of the Plant Seeds of the North Asia. Published by the Institute of the Biological Problems of the North Far-Eastern Branch of the Russian Academy of Sciences, 2016

An ambitious project undertaken by the late Dr. Alexandra Berkutenko, a botanist from Magadan in far eastern Siberia, resulted in this lavishly illustrated compendium of 800 color photographs of 773 species, within 332 genera of forbs, herbaceous and woody plants growing in far eastern Russia. Twenty-seven species in the Apiaceae are illustrated front and back for additional clarity. A scale reference in centimeters is provided to help indicate the size of each seed.

The photographs are arranged alphabetically by their Latin names, and seeing the often-minute morphological differences between various species in close proximity is very instructive for gardeners interested in growing plants adapted to climatic conditions similar to those found in the northern states of the US and the provinces of Canada. Many genera are familiar, as well as several species with circumpolar distributions and American adaptation, like Physocarpus opulifolius, but others are tantalizingly alien. Eight Saussurea, eight Thalictrum and six Tilia species are included. Now, where to find them? Many have been noted by this reviewer for search against various seed exchange lists, with hopeful fingers crossed.

Following the photographs, the various species are grouped by family in the same alphabetical order. A convenient index lists the page numbers for each photo and descriptive text, for easy reference.

Unfortunately, the five pages of introductory text are only in Russian, but much useful information can be inferred from the images and the individual plant descriptions.

Dr. Berkutenko will be familiar to many people from her seed business, which offered wild and garden-collected seed (including many taxa among those in the book) and visits as a speaker to ten NARGS chapters in the Fall of 1996.

This, her last book, is available for purchase from her family, who have given us permission to reprint images on our website. These images can be seen at:

...or via the Seed Exchange Helpful Links at:

The book may be purchased from her daughter, Mariya Polezhaeva, with a price of US$50, which includes the cost of shipping from Ekaterinberg, Russia. Payment can be made through the PayPal account of her daughter, using the account name (which is the same as her email):  [email protected]

Another publication by Dr. Berkutenko, Woody Plants of Northern Sakhalin, is also available for US$25.

Atlas of the Plant Seeds of the North Asia 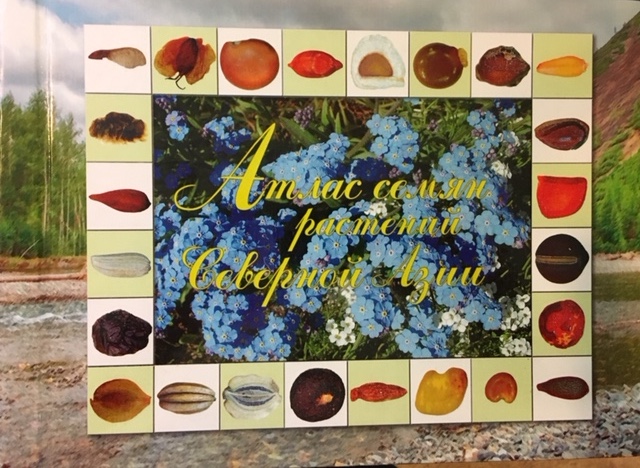