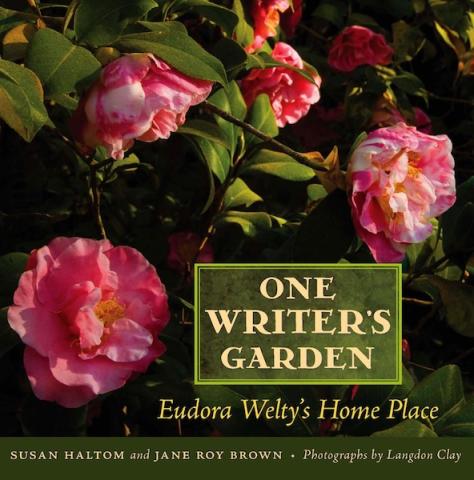 Susan Haltom’s One Writer’s Garden chronicles the garden in Jackson, Mississippi, of writer Eudora Welty (1909-2001) and her mother, Chestina, from its heyday to its decline and eventual renaissance in the last decade. Haltom began a long-term effort, with volunteers and professional assistance and advice from organizations such as the Garden Conservancy, to rehabilitate the garden, and eventually “the lost garden was coming to light.” The significant period for the garden appears to have been 1925 to 1945, thus presenting Haltom and her crew with challenges on how to present the garden based on its current condition and future use. She drew upon logs, plant lists, and notes, as well as Eudora’s photographs, her papers, and writings. The garden was opened to the public in 2004 and the house in 2006; the site is now a National Historic Landmark.

The Welty garden was originally Chestina’s, but gradually it became Eudora’s as her mother spent less time in the garden during years of declining health. After Chestina died in 1966, Eudora took full charge of the garden, although, according to Haltom, Eudora always referred to it as “my mother’s garden.” It included an Upper Garden and Lower Garden separated by an arbor with roses, a collection of camellias, a cut-flower garden and woodland, and numerous bulbs, annuals, and perennials such as bearded iris and daylilies.

In reading One Writer’s Garden, there are many places where Eudora Welty’s writings caused me to linger over a phrase and savor it. But one of Haltom’s caused me to pause as well. Haltom writes that, as Eudora watched her mother expend her grief in the garden after her father’s death in 1931, “Eudora discovered the solace of gardening for herself, and a kind of joy.”

For fifteen years, I have made daily use of an email program called Eudora. The software, developed in the late 1980s by Steve Dorner at the University of Illinois, pays homage to Eudora Welty’s short story, “Why I Live at the P.O.” In Dorner’s busy life, he apparently saw a connection between Welty’s “post office” and his daily e-mail fetching, naming the software “Eudora” in her honor, a reference that pleased the author. Sadly, I am being forced to give up Eudora, the e-mail software, because it, just like the post office Welty wrote about, is becoming obsolete and outdated by newer software and technological changes. Thankfully, there’s nothing outdated about Eudora, the author and gardener, especially as lovingly preserved in Haltom’s admirable book, One Writer’s Garden.