The passing of Dr. Alexandra Naumovna Berkutenko in September 2014 represents a loss for many botanists, horticulturists, and gardeners around the world. Although she lived and worked in the far outpost city of Magadan, in Far Eastern Siberia, as Professor at the Institute of Biological Problems of the North, Far-Eastern Branch of Russian Academy of Sciences, Alexandra’s reach extended to Europe, the United Kingdom, North America... and probably to the southern hemisphere, as well. Her annual seed list, containing wild-collected seeds from different areas of Siberia, was well subscribed, even into 2014.

When she visited Canada and the United States, in the fall of 1996 on a NARGS Speakers Tour, members of ten chapters enjoyed her programs about the flora of her region, and the warm good humor of her presentations.

Her extensive publications covered ethnobotany, dendrology, and the many specific ecologies of the Russian Far East. Her latest book, They Bloom on Kamchatka Volcanoes, was reviewed in the Spring 2013 issue of the Rock Garden Quarterly. Through her illness, and up till her untimely death on September 29, 2014, Alexandra was working on a pictorial Atlas of Seeds of the Plants of Northern Asia, which contained high-quality photos of a thousand taxa.

An example of Alexandra Berkutenko's style and a flavor of her personality and history as a botanist can be found in her memorial to her mentor A. K. Skvortsov <skvortsovia.uran.ru/2013/1104.pdf> Her publication list is over 130 items long and even in the midst of her scientific rigor there are glimpses of a woman with a mischievous quality. An example is in her scientific paper intriguingly titled "Detective story about one Linnean species of Cruciferae," available at <www.landesmuseum.at/pdf_frei_remote/LBB_0027_2_1115-1122.pdf>. 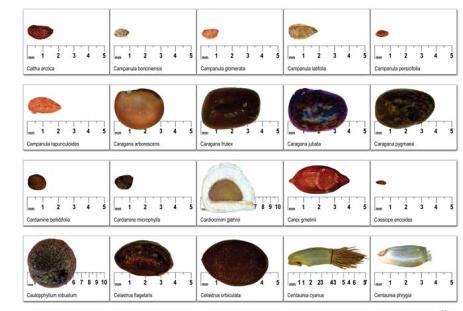