One of the best alpines. ;)
http://2.bp.blogspot.com/-D6iNbRCKosQ/TkiXvCuQpJI/AAAAAAAAA9I/fGHTHDIg3H...

Aaron
I've never had the opportunity to try it. Ive only seen photos. Is this one caespitosum?

Aaron
I've never had the opportunity to try it. Ive only seen photos. Is this one caespitosum?

I think so.  I could send you some seed if you would like, or give you a link where they sell them.  they grow very slow from seed.  I got mine from a place that had plants with mats probably as long as 10', just amazing.

Aaron
You bet I'd take seed.  :)
I know they grow south of my location on the desert mountains of the White and Inyo ranges in California. I have seen photos of mats growing almost vertically on very steep rock faces.

Aaron
You bet I'd take seed.  :)
I know they grow south of my location on the desert mountains of the White and Inyo ranges in California. I have seen photos of mats growing almost vertically on very steep rock faces.

When the flowers are all done I will send the seed heads, I have started them before but I could not seem to get them very big.  I may have let them dry out too much. :rolleyes:

Yes. All three species. I lost my P. hendersonii due to "unknown circumstances" year before last and had to replace it.

"forgive the lateness of my reply"

Yes. All three species. I lost my P. hendersonii due to "unknown circumstances" year before last and had to replace it.

"forgive the lateness of my reply"

Cool, do you have any pics?

That is some plant! I have a small version on my sand bed, but unfortunately not the wonderful rocky surround. Also have Petrophyton hendersonii, I think my favourite of these plants except for the virtually ungrowable Kelseya. Really nice things!

That looks nice and healthy. :)

I don't have any pictures, but I just got my camera.
Tim, nice plant. I could tell you horror stories about kelseyas, but maybe not tonight.

John,
Have any luck sarting the seeds?  Or do you throw them out into the yard, sometimes I have better luck that way. :D  I started some inside and have had good luck, so if you would like some very small plants just let me know?  I also have that start from that blue Agave parryii, and a cactus pad if you want one?
When ever, they will be here if you want them. ;)

Pat and Dan Montague grow all three Petrophytum species in a pot at their Olympia, Washington, garden.  Dan gave a short slide presentation on the genus at this month's study weekend.  I'll see if I can persuade him to post a picture of his plants -- Pp. cinerescens, hendersonii, and caespitosum.

Very cool!! I would love to see it!

Here is the picture.  P. cinerescens is on the left, P. caespitosum is in the middle (much smaller than the other two), and P. hendersonii with the brownish flowers is on the right.  These three species have been growing in this container for many years.

Very nice, I love these plants. :)

John, the seedlings I sent you have not been outside in the direct sun-light. Just thought I would let you know. ;)

Claire
What a great way to compare Their growth habits. Thank Pat and Don for sharing there wonderful photo.

Aaron
I'll acclimate them in slowly.

Rock Mat, P. spp. are good(easy) plants for the rock garden, they are moderately slow growers so they are well behaved in this respect.  I have grown three species of this plant but I find P. caespitosum is the best of them and have reduced things down to this species. I like the way they form around the rocks where other plants would struggle. The plants smother themselves with not particularly attractive flower spires in late spring, unfortunately they produce a ton of very fine seeds that pop up everywhere though this is little problem since they so grow slowly and can be easily dealt with. I have taken to shearing these plants as soon as the seed set starts so they don't take over the place. I took some pictures this morning.
P.caespitosum

Two year old volunteer trying to make a go of it

Those plants look great.  I can never find any seedlings around outside, but they are easy to sprout.  So small the seedlings are they almost look like the start of moss. :)

Looking forward too more of your pics. ;)

Yes! Great plants! I've put seed of the first one on the seed-x. A seedling actually appeared in the scree under the plant: amazing given the size of the things and that they naturally grow on solid rock. This was purchased years ago. The next is one I collected in S.E. Idaho on fractured rock. This enabled me to get a small rooted start, normally impossible for these plants. I call this "june rock mat" because it blooms a full month before the other plant. It is a very nice thing being a bit more glaucus than the first. I'm offering it the entire south face of "The Rock" if it wants it. I've never seen any seed. The third photo is Kelseya. Three seedlings (2009 seed) went into last winter apparently alive. Three seedlings have returned this year. This looks to be the best of them. I will grow this plant.

Very nice!  Those are some awesome plants. :)

Petrophytum caespitosum in late August 2012 and an update from the Kelsey Cam  ;) 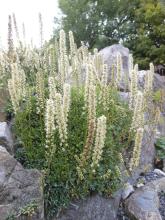 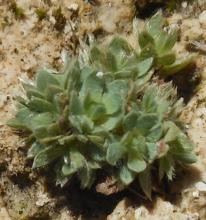 I think I must replant my Petrophytum, that plant shows how it should really be grown! How old is it? They seem pretty slow growing and to see one flowering so well is great.

Going back to 2007 for my contribution to this very interesting discussion. We were lucky enough to hike the Methuselah Trail in the Owens Valley in California in June that year and we were fortunate to see these magnificent cushions.  The final image was taken in Zion NP on the same trip.

Tim, it's at least thirteen years old from a start (SRPN?). I planted it well before I "knew" much about alpine gardening. The Kelseya is just a baby. It is only two!

Booker,
Those are amazing pics! thanks for sharing. :)

Here is an udated pic of mine. 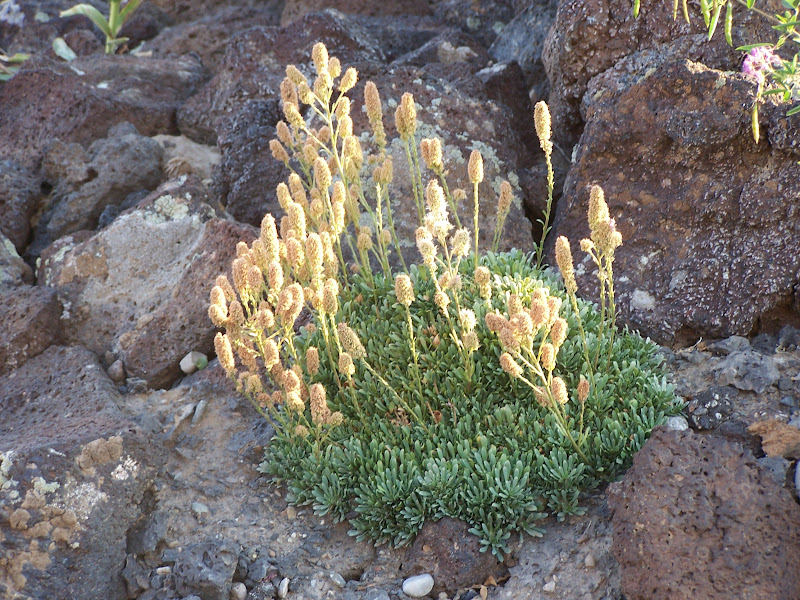 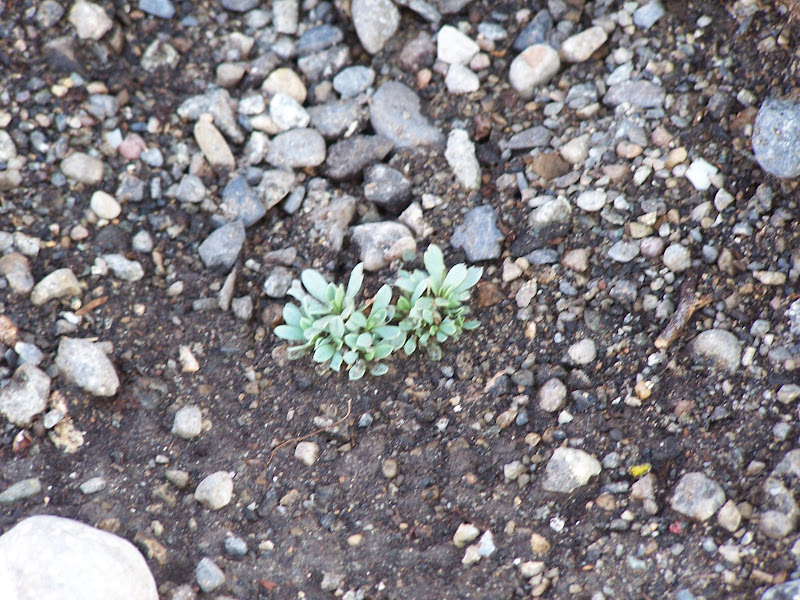 January 31, 2013 update from the Kelsey Cam. Record warmth for the date (55F.) removed all of the snow this little Kelseya has been resting under for a few weeks. Still 2 plants alive on the garden!

Wonderful plants, all! Cliff- those wild grandmamas are most impressive!