Here's my best E. howardii right now. Now to tune in to precise flowering conditions; collect tons of seed and start a strain that is resistant to pestilence and is easy to grow. 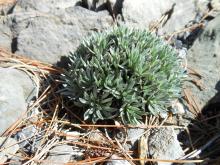 I pictured this one a few weeks back. I'm surprised how well it is handling our climate. It was snowing in August when I collected the seed (Lemhi Mountains)! Any flowers that were forming aborted. 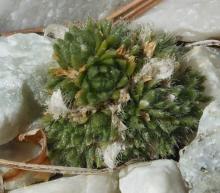 This one was grown from seed collected in the Wallowa Mountains in 2009. The Wallowa population produces lovely proportioned and large cushions, for the genus. It's a very pretty plant. It shares a wide leaf blade and hairiness with the next. The second photo was taken in April. 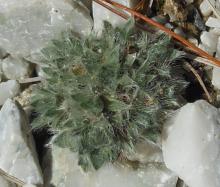 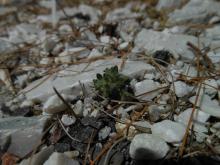 This one was collected in the Bighorn Mountains in 2009. This eastern form is the hairyest I know of. The rosettes are large but the tufts are small and parched looking even in habitat. It grows on west/southwest facing shale slopes that likely don't collect a lot of snow. The second photo was taken in April. 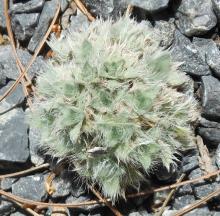 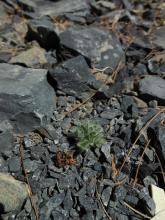 I hope to post all of these in glorious flower next year! 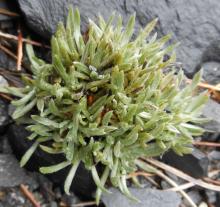 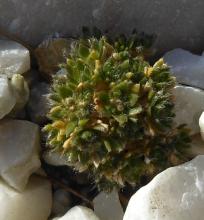 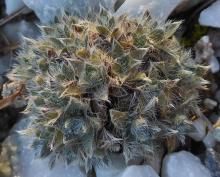 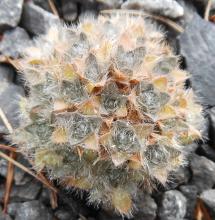 Michael, wonderful photos (and plants), in both seasons shown, but I am drawn to the fall/winter forms of plants as they prepare themselves for hibernation. Congrats on your success growing these treasures.

So much variation, Michael! Worth growing just for the foliage forms...

Looks like I forgot to return to this thread to post what Eritrichium pauciflorum ssp. sajanense looks like in bloom, so here it is.  Two seedlings in different conditions; there is repeat bloom throughout the season. 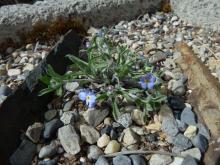 Does sajanense indicate a Russian species/form?

Yes, presumably.  The seeds were collected by Pavelka at 2000m in the Sajan Mts., Russia, according to his catalogue.

That's where I recognised the name Sajan from. lol- don't recall hearing of those mountains until looking at seedlists!