Back in 1999 I received NARGS seed of Saponaria cypria collected in the Troodos Mts, Cyprus, found between 1350-1950 meters. It turned out to be a gem of a plant that is perfectly hardy and easy to grow. Not only that, it flowers in late July to August, when little else is blooming.

Photos 1-3 are taken in 2002, with small plants blooming in pots that sit outside year round. The profile view shows the plant is covered with glandular pubescence. After the flowers fade, the sticky red calyx tubes remains brightly colored and ornamental for weeks.

Eventually I planted it out in the garden in a raised mound of mostly sandy soil, where it prospered, each year producing weeks of bloom in mid to late summer. Photos 4-6 show the plant in the garden 2007 & 2009.

In the small book "Cyprus Flora in Colour, The Endemics", it says of Saponaria cypria flowers, "opening in the evening and closing about noon of the following day". In the first 2009 photo taken mid afternoon, most flowers are closed, but there are buds ready to open later in the afternoon when light gets low. These will last all night and into the morning hours the next day. Seed has never been produced, perhaps we don't have the right type of pollinating moths.

The snow recently receded off parts of the garden, and I was reminded that this little wonder, S. cypria, is evergreen through the winter and looking fresh and ready to grow. 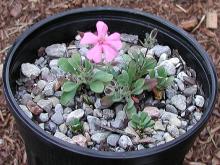 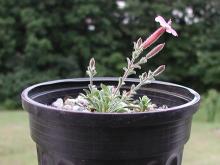 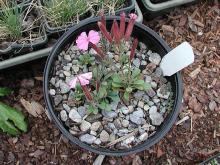 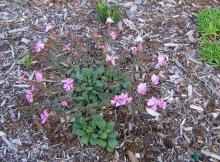 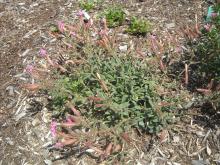 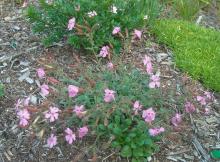 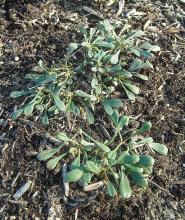 NIce one!  The coloured calyces add a lot of interest.  What is the plant directly behind it in the second last photo?

What is the plant directly behind it in the second last photo?

Daphne 'Fritz Kummert', and to the right, Saponaria pumila.

Thanks, Mark.  They look very good too... future thread-starters, I hope!