Back in 2000 I received seed from North American Rock Garden Society seedlist of Saponaria cypria collected in the Troodos Mts of Cyprus. It is a seldom encountered endemic species. Just to let everyone know, it turns out this gem of a rock plant is perfectly hardy and easy to grow. Not only that, it flowers in late July to August, when little else is blooming. Of course this year, with our season 2-3 weeks advanced, it is beginning to flower in early July (now). The plant makes low mats 1-2" (2.5-5 cm) tall, and abundant sprays of pink flowers on 4-5" (10-12.5 cm) stems, showing off those long red sticky-glandular calyxes, even after the flowers fade.

In the small book "Cyprus Flora in Colour, The Endemics", it says of Saponaria cypria flowers, "opening in the evening and closing about noon of the following day". Not sure if we don't have the right night pollinators, or morning pollinators, but this plant has never set seed in spite of prolific flowering. I was going to take cuttings this spring, but forgot to do so.

This plant is difficult to photograph, the flowers opening under low evening light conditions, but hopefully you'll get the idea. I have included two photos of young flowering plants back in 2002 which do a better job of showing the long glandular red calyxes, which are as just as ornamental as the flowers. 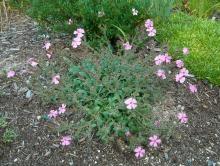 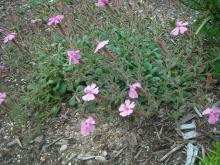 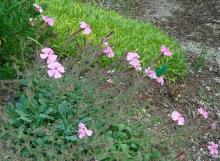 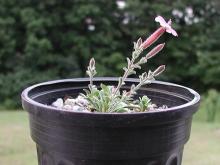 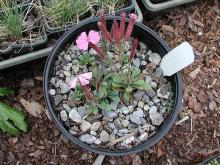 This year the plant is outdoing itself, I think because we've had so much hot weather in the 90s to nearly 100 F (32-37 C) which is to its liking.  Tonight, at dusk, the plant looked particularly fetching, lots of bubblegum pink flowers and dark red calyxes hovering just above a low mat of neat succulent spoon-shaped leaves.  How wonderful to have a mat-forming Saponaria that flowers so late, typically starting in August, but starting in July this year with our advanced season. 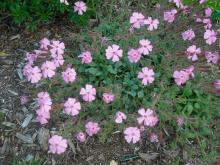 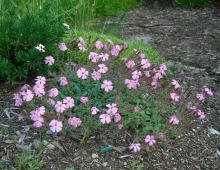 I have been to Troodos mountains once but never did I see this marvellous plant!

I'm resurrecting this thread as I have a plant in flower raised from AGS Seedex 2013 seed #4434 as Saponaria cypria. 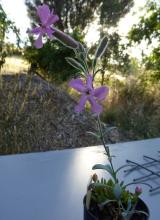 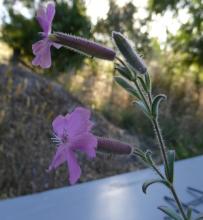 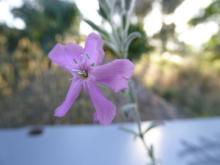 It's not quite identical to yours so I wonder if it is true to name?

Fermi, any pics of the whole plant with foliage?  I was contacted by someone at a botanic garden in the US (person's name escapes me at the moment), showing a photo of their plant. It was a tall grower (and rather "spready"), and not the concise cushion that I grow from wild-collected seed from Troodos at near the highest elevation.  Looking at this other plant, I could imagine it being a hybrid with a taller more vigorous soapwort.

Note to myself: I need to update this post with much better more recent photos (although some of those photos were in the recent NARGS Quarterly where I featured this plant).

sorry for the delay in replying. I got a pic of the base of the plant - it hasn't really formed a cushion so perhaps this is also a hybrid. 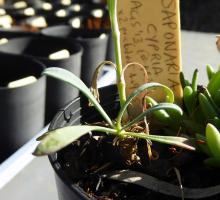