Rock Gardening in The Midwest - Problems?

Over the past few months I've made a point of asking various friends across the US and Canada about particular problems they may have growing rock garden plants in their particular locale. As a function of elevation, precipitation, humidity, etc. many have given up on growing various alpines but have found more than adequate choices to populate their gardens, which provide them with beauty, persistence and an acceptable level of challenge. But some have persisted in their view that THEIR area of the US simply doesn't allow for growing so many of our favorites, and restricts them to (please pardon me if you are a Hosta lover) hostas, and the various woodland plants such as trillium. In particular, the Midwest has more than a few gardeners who find their climate utterly inhospitable to most rock garden plants. So, if you are a gardener in Illinois, Missouri, Ohio, Kansas, Oklahoma, Iowa, or even Arkansas, can you offer some insights into what you grow and how you manage to overcome the hot and muggy summers and the unreliable (or totally non-existent) snow-cover? Thanks in advance

As participation on the NARGS forum has gradually increased, perhaps it's time to bring this thread to the fore again. Since the original query was posed, there have been some interesting observations on how dryland alpines can be grown successfully in what would seem to be some very inhospitable climates for them:http://nargs.org/smf/index.php?topic=700.msg13654#msg13654

Has anyone applied these or other practical and sustainable methods successfully in the area in question?

I have no experience growing in the area mentioned, but coming from a generally much colder area, and one in which the norm is unreliable snow cover (here in the chinook belt east of the Rockies), my feeling has always been that the value/"necessity" of snow cover is greatly overestimated, and that plant hardiness is often underestimated, and further, that plant death that might be attributed to "lack of snow cover" may often be related instead to poor drainage/standing water/"winter wet".  Comments?  Thoughts?

Does ground that is covered with snow drain better, or is it that the bulk of the water is tied up in the snow and there is relatively little liquid water to drain?

Well, my experience is that much depends on whether the soil under the snowcover is frozen or not or whether the snow melts or sublimate in spring. The latter is normal with much sun in spring. Although it is freezing temperatures the snow can disappear without melting. I've experienced it several times, even on Svalbard. 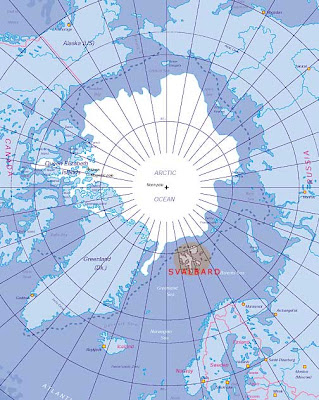 I would like to add that snow cover insulates the ground helping prevent it from freezing.  Water does not move through frozen ground well.  This is observed often in Spring.  When the ground is frozen and rain occurs, everything is a muddy mess.  The water just puddles on the surface.  Once the frozen earth has thawed, precipitation again percolates through the soil allowing it to dry.  I have even observed this phenomena at my parent's house.  They live on a level section a top an old gravel moraine.  During the Spring thaw their yard is often a lake.  After the thaw has occurred it is extremely dry.

I'm trying to grow Alpines in Chicago. I'm growing in window boxes on the third floor window sills. Theyre dropping like flies after only two 80F days. There's reflection off the windows, but they've got generous organic matter and two inches of quartzite chips. I'm wondering if I need to redo my soil mix. I used three even parts sand, perlite, peat. Could there be too much moisture held in this mix? The plants get afternoon shade. Note where it says DEAD! After reading, I should have expected the Calceolaria to die, but I think the others should have been fine.

Are you certain they suddenly "up and died" in two days, and that they were not actually already dead after the winter?

Edit:  What I meant is, was there new growth or flowers on them, that were clearly killed in the warm weather?  (If that was the case, it would be clear with Anemone blanda, which would have spent the winter as a dormant corm.)

Other thoughts.... I used to have some troughs up on tufa blocks and it seemed as though plants had a tougher time surviving the winter in them, presumably due to a bit less insulation as they were not in contact with the ground.  Your troughs look as though they are reasonably large but given that they are not in contact with the ground, and are 3 stories up, exposed to wind, the conditions may be quite a bit harsher than at ground level.Some of your plants may just be harder to grow than others.  For example, I find some Androsace very easy to grow here (the stoloniferous types, e.g. Androsace sempervivoides) but have trouble with the tight, hummocky ones like Androsace hirtella.And then, the other thing is that it can just take time, experimentation, and, in my case, I'd say just plain dumb luck, to figure out what grows well in your conditions and what doesn't.

The thought also crossed my mind.  Most notably with evergreens, often winter injury doesn't show up until roots can't meet the demand that evapotranspiration exerts.  But this also makes me wonder about the tolerance for heat in the early spring verses summer.

Before this week, we had two non-consecutive days with a high in the 50sF, and no 60s before we were slammed with four days in the 70s.  This Corydalis solida grows in a small area on the south side of my dark brown house.  Yes, it heats up fast.  I went to work in the morning and there were a couple flowers that had opened.  When I came home, all flowers had blossomed and were already visible wilty. 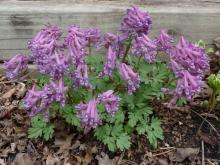 Well, the soil mix I made does drain rapidly. So maybe it was the winter weather that killed them. We had an awful drought in Chicago last summer, but I watered. These went in in the Fall and grew for about three weeks before winter hit. So I wouldn't really have called them established.

Rapid freezing and thawing of the roots will kill even cold-hardy plants.  It's not the temperature that gets them, but the rate of change of temperature.  There are a few things you can do to reduce the rate of change:1.  Increase the thermal mass of the planting by using a bigger container and filling it with more mix.2.  Insulate the container somehow. Maybe use a foam cooler as a container.  Or glue some insulating foam onto the outside of your container.3.  Make sure the mix is very moist.  Maybe use a more water-retentive mix.  Water stores a lot of heat, and takes a lot longer to freeze and thaw than dry mix.4.  Mulch.5.  Protect from wind.

None of these things will change the temperature that the mix ultimately reaches.  They will just slow the rate of change.

You say "the plants get afternoon shade".  So that means they are facing east, right?  In the winter, the plants and soil will be frozen at night, and then will be quickly defrosted by the morning sun.  That's deadly.  It's better to place them in a west-facing location, so that they have all morning to thaw out before the sun hits them.  Better yet, don't let the sun hit them at all in the winter.  They aren't growing anyway.