Love them or hate them, you cannot deny the beauty of intricately crafted milkweed blooms, often deliciously perfumed and beloved by butterflies. Some Asclepias are well known invasive weeds, many are course stalwart plants more suited to a wild prairie garden, and relatively few may gain admittance to a rock garden. The North American west holds a number of fascinating dwarf Asclepias species, most will be challenging to cultivate. Let me start with one of the most remarkable dwarf milkweeds, the rare Asclepias uncialis, or Dwarf Milkweed (to that common name it holds more than true). There are two subspecies; ssp. uncialis, and ssp. ruthiae.

I found the following document, Rare Plant Surveys on Fort Carson 2006-2007, Colorado State Univ., 70 pages, 5.5 MB PDF, with information on Asclepias uncialis ssp. uncialis with two good photographs. Since the large multi-megabyte PDF download might be too slow for some viewers, under the fair use provision I include two screen captures (above) from the document showing this rare and extraordinary minuscule plant, small enough for a trough if it could be cultivated. The coins give a good sense about how tiny the plant is.http://www.cnhp.colostate.edu/download/documents/2007/FtCarson_FINAL1221...

Their photo of this plant is by far the best I've found, what pure milkweed delight.http://www.fs.fed.us/wildflowers/plant-of-the-week/images/wheelmilkweed/...

Some years ago I tried a couple of milkweed but they never survived.Now I think I have to try A uncialis.

Mark, all the plants you present give me much pleasure but also much work ;)

I love every milkweed, I think! None in my region... This tiny species is exquisite for sure, I've been drooling over several in Alplains catalogue for a while; Gardens North has some nice ones too, but of the larger sorts..

About 6 years ago I germinated some Asclepias asperula seeds from Alan Bradshaw's Alplains, and I have managed to keep two alive and blooming. 2 years ago one of the plants bloomed spectacularly, and for 3 weeks it was covered with ants, various beetles and a very few butterflies. After some research I discovered that this plant provides migrating monarch butterflies their primary source of nectar as they migrate through Texas, where 'Antelope Horns' are most commonly found. My daughter took several pictures, and the one I've linked is by far the best. It's a lovely plant, spreading to about 1 foot and each year I've gotten between 2 and 6 flowers. And since the first year, when 4 simply didn't come back, the two I've still got have reliably showed up sometime in mid to late April, blooming in mid to late May. 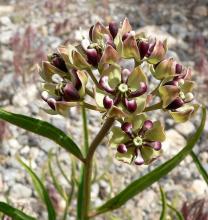 Gorgeous thing, Peter. Many thanks for posting.

Cliff Booker A.K.A. Ranunculus On the moors in Lancashire, U.K. Usually wet, often windy, sometimes cold ... and that's just me!

Some years ago I tried a couple of milkweed but they never survived.

Nice plants! Would love to grow more - have tried and failed with many over the years - A. purpurascens, quadrifolia, tuberosa, rubra, syriaca, incarnata (several cultivars). However, I have one which I've had for over 10 years - I received it as syriaca, but I decided at one stage that it was incarnata, but I'm not sure (any suggestions).  The season's too short for seed to mature though... 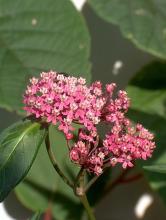 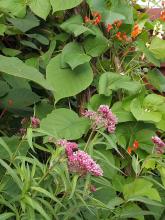 Peter, I like your Asclepias asperula! But it being a Texan, do you think I could grow it?

Stephen, if you can grow Asclepias it is hope for me too ;D

Trond, it's hard to say. I have it growing in almost pure gravel, facing southwest. It needs a lot of sun during its growing season, which is really from early May through late August. It tends to go dormant around Sept 1 each year. If you have a spot that gets sun during the summer on a fairly consistent basis, the wetness shouldn't bother it. It might be worth a try. Just make sure you give it a lot of gravelly mix, with virtually no soil for 6 inches deep and 1 foot around. I haven't seen it show itself yet this year, which was the snowiest of the past decade or two. Last year we had a couple of January/February thaws, and yet it still did fine. Honestly, I think you ought to give it a try. It's easy to germinate too.

OK, Peter, thanks!I'll try it at my summerhouse too. There the climate is better - drier and warmer! In fact I need some summer flowering drought tolerant plants there - and if they attract butterflies that is a big bonus!

Like Stephen I've tried quite a few Asclepias from seed but haven't managed to keep them to flowering. They are completely fascinating plants with extraordinary flowers. The larger species do well; speciosa is very good with greyish foliage; syraica is really too much of a good thing, spreading rapidly underground and with rather squinney flowers, tuberosa has been glorious but not persisted. Having seen pictures of the more choice and small western species I shall persevere with trying them in deep gravel as and when seed is available. Meantime I will enjoy the photos!