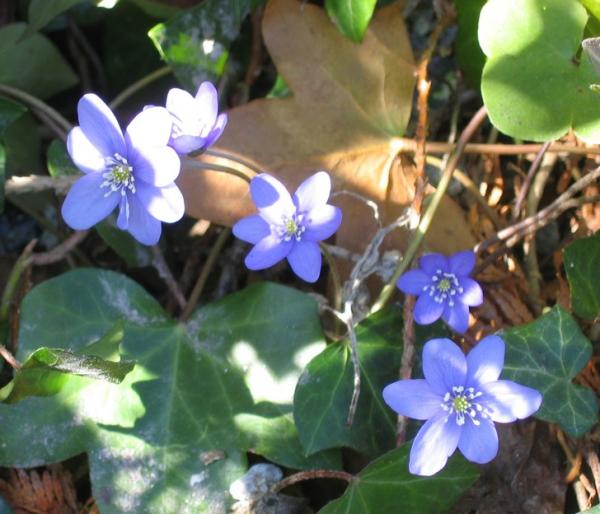 Hepatica is lumped in the genus Anemone by some botanists. It is a member of the Ranunculaceae family, found in Europe, Asia and Eastern North America.

Some pictures of Hepatica americana in the wild in Pennsylvania

There are between two and ten species, depending on whether taxa are considered separate species or just varieties of H. nobilis and H. transilvanica. Most prefer alkaline soil, but H. americana likes an acid one. Plants typically have basal leaves with three lobes, similar to the lobes of a human liver, thus the common names of liverleaf and liverwort.

Flowers may be white, pink, blue or purple and have a varying number of sepals in an open rayed form. In Japan cross-breeding to produce forms with doubled and otherwise unusual forms has been popular for many years. Some of these can be seen at this site: https://picasaweb.google.com/michaelJcampbell63/Hepatica